Home > Healthy Living > The science behind deep breathing
Share this page via:

Odds are, you’ve been offered this advice by someone hoping to defuse an angry outburst. Maybe you’ve actually taken a big breath in exasperation and accidentally discovered its calming effects.

Deep breathing is a tried-and-true way to slow yourself down and regain your composure. Taking controlled inhales, and then slow, steady exhales, is physically relaxing and helps to release feelings of anger and fear. It’s one reason so many people feel calm and centered after meditation or a yoga class.

In fact, doctors and nurses often tell patients who are anxious before surgery to take slow, deep breaths with long exhalations. Deep breathing is also used to treat sleep problems.

But how does deep breathing quiet the mind?

Good question. How exactly the brain associates slow, deep breathing with calmness (and quick, shallow breaths with nervousness) has been a bit of a mystery. Now, scientists say they may have figured out the link — at least when it comes to mice.

In a recent study, researchers at Stanford University identified a group of neurons, or nerve cells (175 to be exact), in mice that sends messages between two parts of their brain. One was the part that controlled their breathing (dubbed the “breathing pacemaker”). The other part was responsible for their (mouse-like) states of mind, including attention, arousal, and panic.

The researchers inactivated those nerve cells, cutting off communication between their breathing center and their “alert button.” Then they put the mice in a pressurized chamber, sensitive enough to measure even the tiniest mouse breath.

The mice’s behavior had changed. They became “chill, mellow fellows,” according to one of the study’s authors. They engaged in calm mouse behavior (like relaxing and grooming themselves) rather than scurrying around, sniffing, and exploring.

First, the arousal centers in the mice’s brain weren’t getting any input from the breathing centers, so they weren’t on high alert.

Second, those breathing centers weren’t getting any panic or alert messages from the arousal center, so their breathing stayed slow.

Further research is in order. But if our pathway works the same way, it would explain why we become calmer after slowing down our breathing. It would also corroborate previous studies showing why deep breathing in yoga and meditation helps alleviate anxiety.

This connection between breathing and higher-order brain function is an idea that’s been around for millennia. It dates back to the time when pranayama yoga practices were developed, at least. The way that yoga and other approaches try to calm the mind is simply to have you take control of your breathing by taking… slow… regular… breaths.

We are sorry that this post was not useful for you! 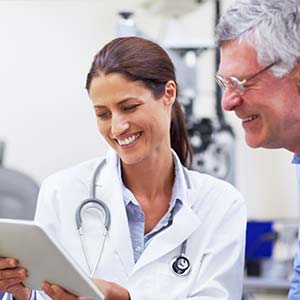 Seeing your eye doctor keeps your heart healthy
Routine eye exams are a good way to look out for early signs of hypertension. 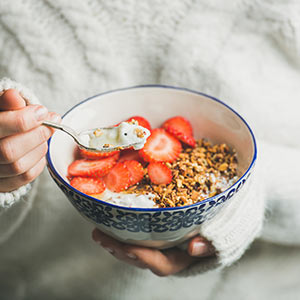 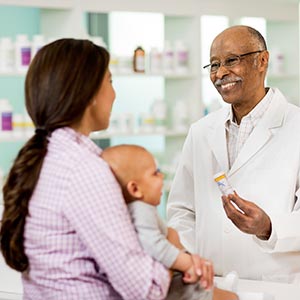 Understanding the overuse of antibiotics
Not all infections should be treated with antibiotics. Here’s how you can prevent their overuse. 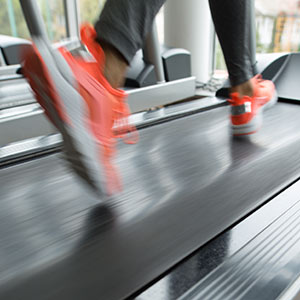 HIIT it!
What exactly is high-intensity interval training (HIIT), and what are the health benefits?